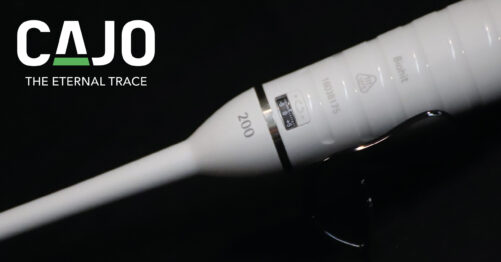 Sartorius Biohit is a company that is specialized in the manufacturing of ergonomical pipettes and their disposable tips. The company had a high priority to develop the process of marking the plastic parts of pipettes. Previously they had used two marking methods – pad printing and traditional laser, which slowed down the production process substantially.

Sartorius Biohit Liquid Handling Oy is part of The Sartorius Group, which is a leading international partner of the biopharmaceutical industry and the research sector. Sartorius Biohit is a company that is specialized in the manufacturing of pipettes and their disposable tips. Among other things, the unit of Sartorius located in Kajaani, Finland, produces mechanical and electronic pipettes for use in laboratories. For several years, the company has been systematically developing its competitive edge by automating and optimizing its functions. One focus of development has been on the process of marking products. A few years ago the company used both a traditional marking laser as well as pad printing to mark the plastic parts of pipettes.

The range of materials that are marked with traditional marking lasers is limited, and using two different marking technologies on the same product slows down the production process substantially. In pad printing, markings may even need to be made two times in order to achieve the desired shade of color. After this the product also needs to be heated so the printed marking can dry and harden.

According to Development Engineer Mr. Tero Tikkanen, the first step was to launch two different projects: to look for a replacement for the old laser, while simultaneously try to find out in the cost-cutting project if it was possible to partly replace pad printing with a laser option while at the same time improving the durability of the product and the ecological sustainability of the overall process.

The first Cajo marking lasers were put to use in a production unit in 2015. The plastics that are marked are polypropylene (PP) and polyamide (PA). Extra steps are eliminated and the process becomes more ecological because no additives or dyes are needed. A marking does not need to be processed afterwards; it withstands repeated autoclavings in 121 degrees as such and wipings for detergents.

Customized user interface makes it easier to use

According to Development Engineer Tero Tikkanen the user interface tailored for the customer is one factor that influenced their choice: “The building of a user interface went smoothly based on requirements given to Cajo. We reviewed the user interface several times during development and the result was exactly what we need for our production”, he says. “The user interface makes it possible to calculate a serial number automatically; we enter the information of a serial number into the marking display, the software automatically calculates the quantity specified by the batch amount from the starting value. Through the software it is also easy to specify whether the marking will be made on the bottom or top of the product.”

In early 2018 the company closed down its production unit in China and transferred its operations to Finland. Sartorius believed that better production efficiency can be achieved by combining product development and production.

Are you looking for solutions to make your production processes more efficient? Cajo is an official partner with GS1 in Finland and we are familiar with GS1 Standards such as UDI-markings.

The building of a user interface went smoothly based on requirements given to Cajo. We reviewed the user interface several times during development and the result was exactly what we need for our production.
TERO TIKKANEN, DEVELOPMENT ENGINEER, SARTORIUS