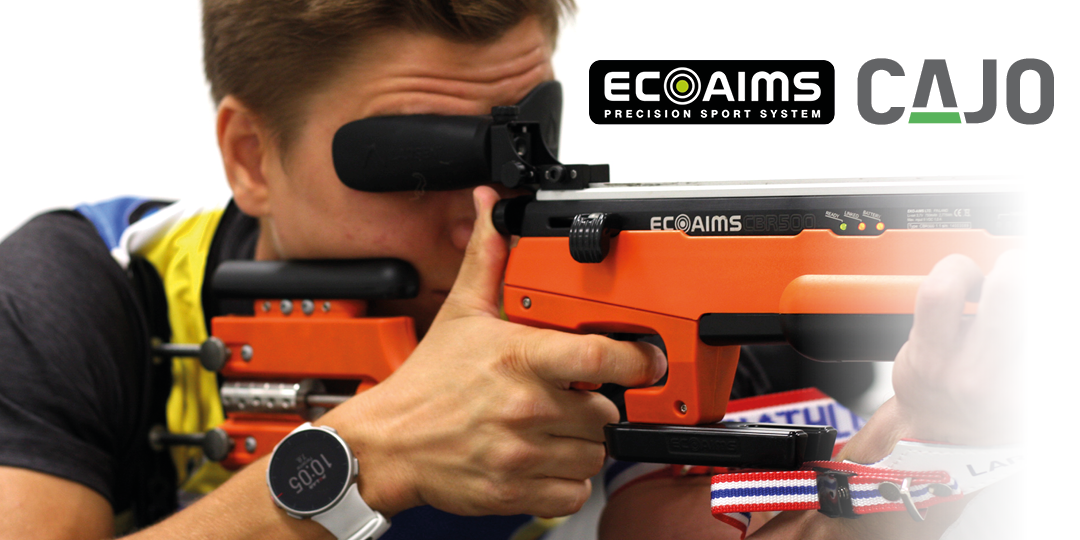 Ecoaims manufactures and delivers electronic shooting systems marked with the environmentally friendly laser marking machines of Cajo Technologies. The growing export company’s high-quality and cost-effective laser-marked products have already been delivered to more than 60 countries and are used by keen hobbyists and dedicated sports champions worldwide.

Ecoaims has been the key innovator and market leader in optical sports shooting since the 1990s. Top experts, close cooperation with athletes and event organizers and flexible in-house manufacturing are the keys to the company’s success.

Ecoaims manufactures high-quality laser pistols for, among other things, modern pentathlon and optical shooting products for the visually impaired. Ecoaims products enable safe, economic and efficient shooting training and competitions. The products are safe because no bullets or other projectiles are needed. This makes it possible to organize exercises and competitions anywhere and anytime – even in the middle of the city. Ecoaims products do not require a gun license and are emission-free and noise-free.

The products are also used by cross-country skiers, hunters, amusement parks, authorities and military reservists. Laser pistols and optical pistols are suitable for shooting practice and for competitive athletes. Ecoaims products are easy to use and wireless. They are noiseless and safe for hearing which means no hearing protection is required. The cost-effective precision sport system enables the large number of shots required for effective training without the expense of shooting ammunition. An intelligent firing system allows the athlete’s trainer to observe the movement during the aim and the hit on the display device.

The electronic shooting systems are designed and manufactured by the company in Ylämylly, Eastern Finland. The intelligent precision systems of Ecoaims have already established their place at the top of the sport. The systems used even in the Olympic and Paralympic Games have been marked with a Cajo Laser since 2018.

“Every end product has something to be marked with a laser, so laser marking is a very essential part of our business,” says Ecoaims CEO Petri Matikainen. 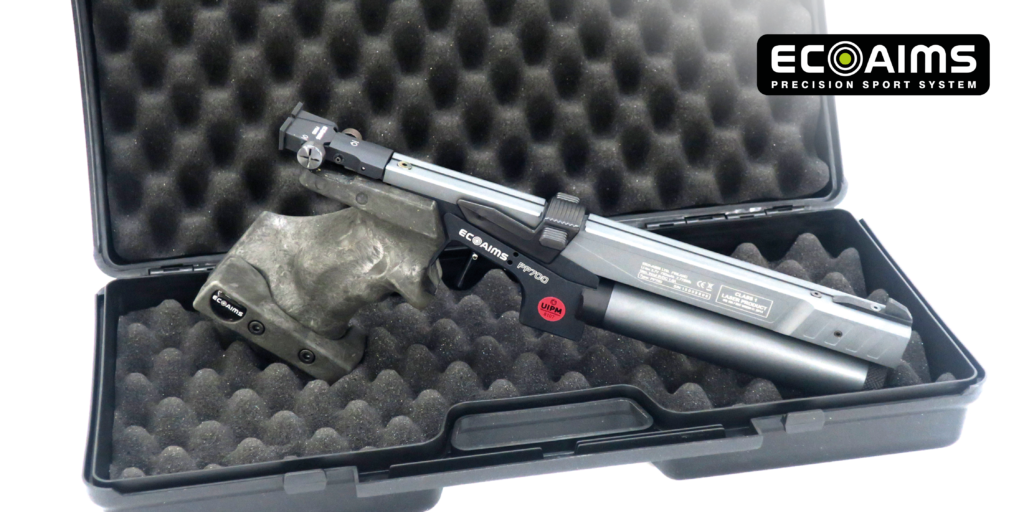 Ecoaims laser pistols and optical pistols are marked cost-efficiently and ecologically with a Cajo laser. The easy-to-use, safe and noise-free wireless products are suitable for shooting practice and for competitive athletes.

More than 95 % of Ecoaims’ turnover comes from exports. The company’s optical pistols and laser pistols, rifles, shooting targets and other accessories have already been delivered to more than 60 countries. Electronic shooting systems are used, for example, in modern pentathlon, and biathlon as part of training and various other combined sports where electronic shooting is combined with, for example, obstacle course racing (OCR), orienteering or CrossFit. Ecoaims has also supplied systems to hunting clubs, the police and the defence forces. The most prestigious competition in disability sports, the Paralympics, is an important partner for the company.

The first Cajo laser marking system was delivered to the Ecoaims production facility in 2018. Before that, the marking process was outsourced as a service. When the company reached a state of increased business growth, it became more economically sustainable to fill the marking needs internally. The first Cajo stand-alone equipment was acquired in Ylämylly, Finland, through a Cajo distributor.

When laser marking became a familiar process to Ecoaims operators first through training by Cajo laser experts and then through practice, the company was encouraged by positive user experiences and decided to professionalize the marking process even further. Today, the Cajo Vega™ laser marking system used by the company is integrated as part of an automated production cell. 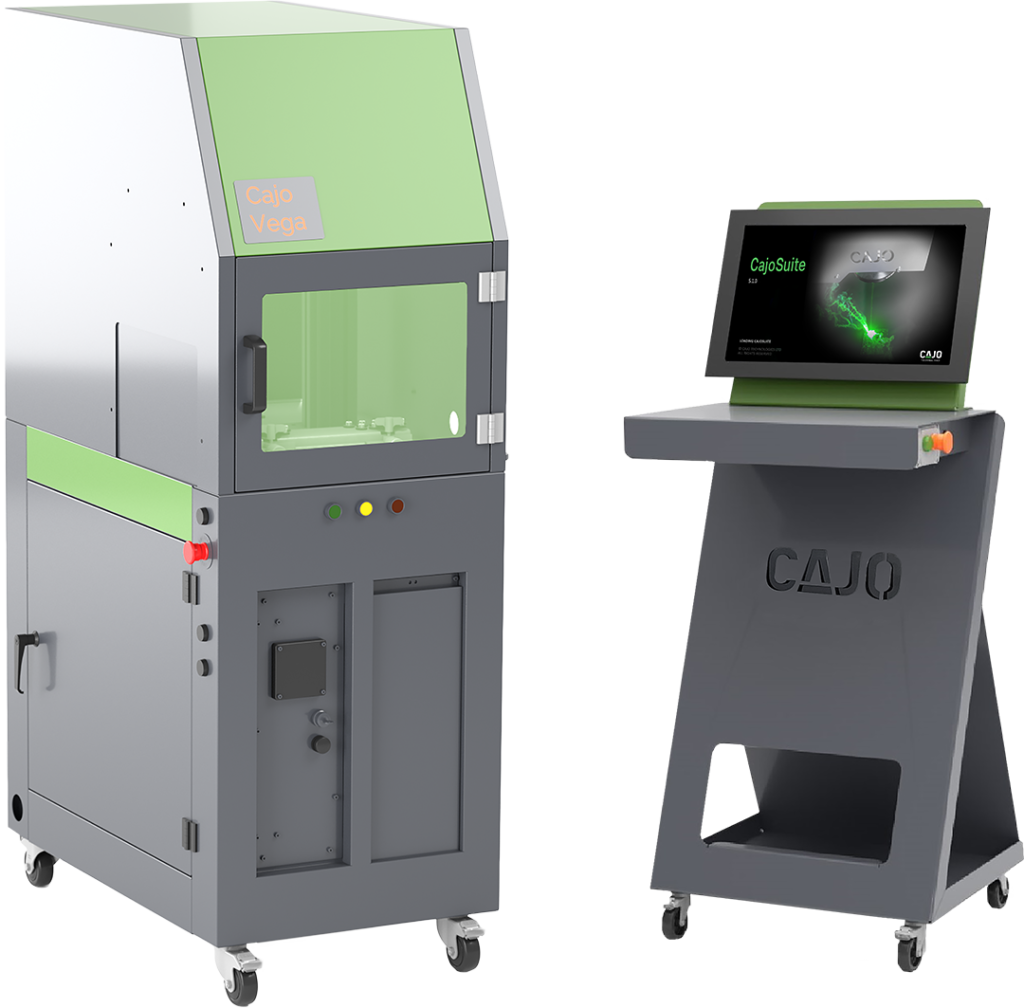 “In the old system, the products to be marked were first set for marking and then removed from the apparatus by hand. In the new system, a robot automatically places the part for marking in the new machine, and the robot also removes the part. After marking, the parts are packed into boxes,” explains Ecoaims laser marking system head user and engineer Teemu Kontturi.

Cajo Vega™ can be used as a stand-alone marking unit type detached from the production cell or integrated into it. The system enables many different materials to be marked either by engraving or without breaking the surface thanks to the flexible and powerful Cajo laser.

Ecoaims markings are mainly lasered on plastic and aluminium. With the help of the markings, the product can be traced and customized according to the end customer’s wishes. The marking machine’s separate control stand and the easy-to-use CajoSuite™ marking software are able to flexibly meet diverse marking needs.

“The most common markings are the product’s name, serial number and the markings required by product legislation. Sometimes, for example, a club may want its own logo on the product,” CEO Matikainen lists. 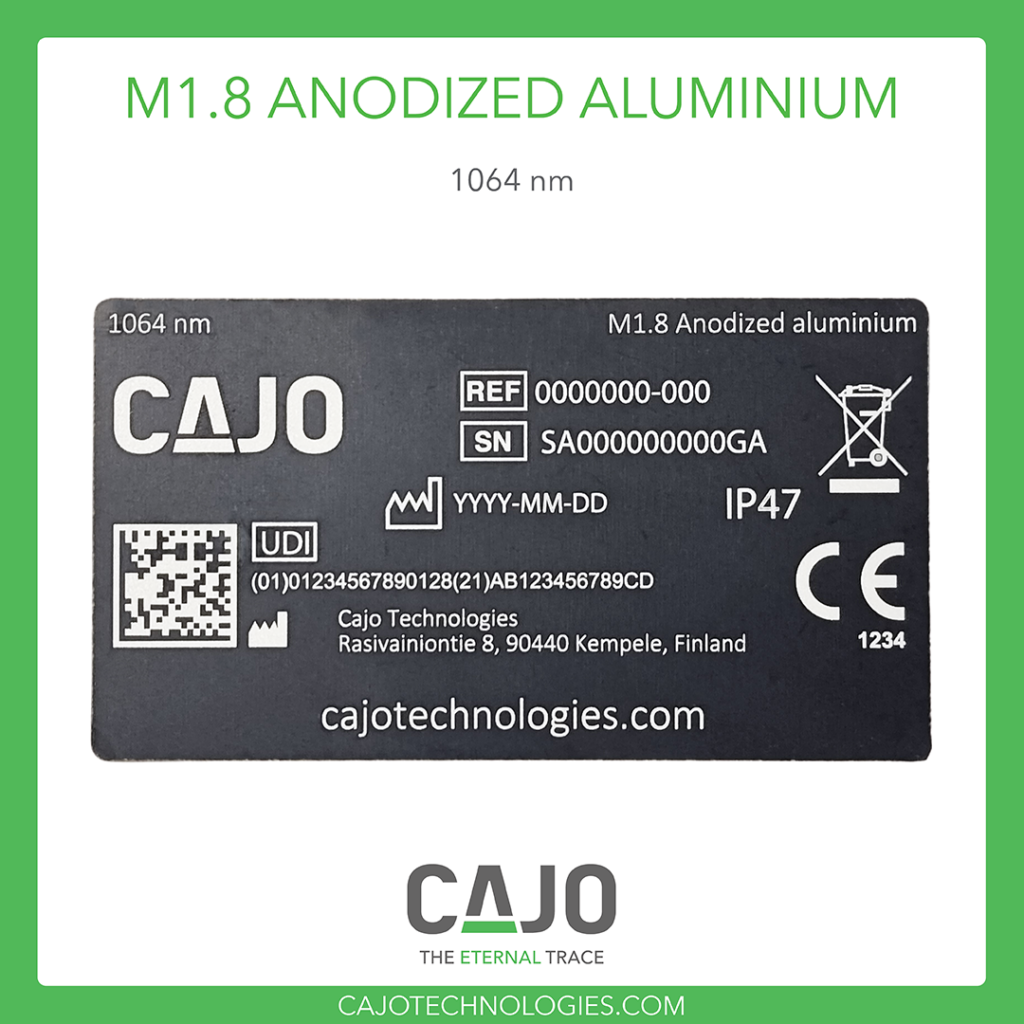 When choosing a machine supplier, Ecoaims placed significant importance on reliable support. If special situations arise with the marking system, help and solutions must be found without delay. A production halt on the marking line would delay deliveries.

“When you have a local partner,  the support is likely better and faster. If there are problems with the marking system, then our products cannot be sent out into the world,” Matikainen emphasizes.

In addition to customer support, Ecoaims praises the marking machine supplier Cajo for the high quality of the work, the good price-quality ratio, and for upholding environmental sustainability. Marking products with a laser does not produce waste or chemicals hazardous to the environment. The Cajo Vega™ system used by Ecoaims is also one of the longest-lasting marking machines on the market.

“Even the name of our company says that we value the environment and want to advance environmental values in this line of business,” Matikainen says.

Electronic shooting is an ecological sport of tomorrow, which is growing in popularity due to, among other things, safety, the easiness of the activity, and environmental friendliness.

“Traditional bullet shooting, with all its permit processes, is more troublesome than electronic shooting. In addition, the sport has come under pressure from the ever more strict lead restrictions in the European Union’s chemical legislation,” Matikainen explains.

The popularity of the sport and Ecoaims’ successful path to the top of the sport have skyrocketed the company to strong business growth. In the future, more and more people will take to electronic shooting as a hobby or compete in the sport, which also means increased marking needs. In fact, a future Ecoaims investment will be a larger marking capacity.

“Our further needs have already been discussed with Cajo and the cooperation is planned to continue. We also have a strong desire to develop our own operations and have gone through the arrangements and needs of our own production with Cajo. In the future, we are especially interested in an even faster marking solution,” Matikainen plans. 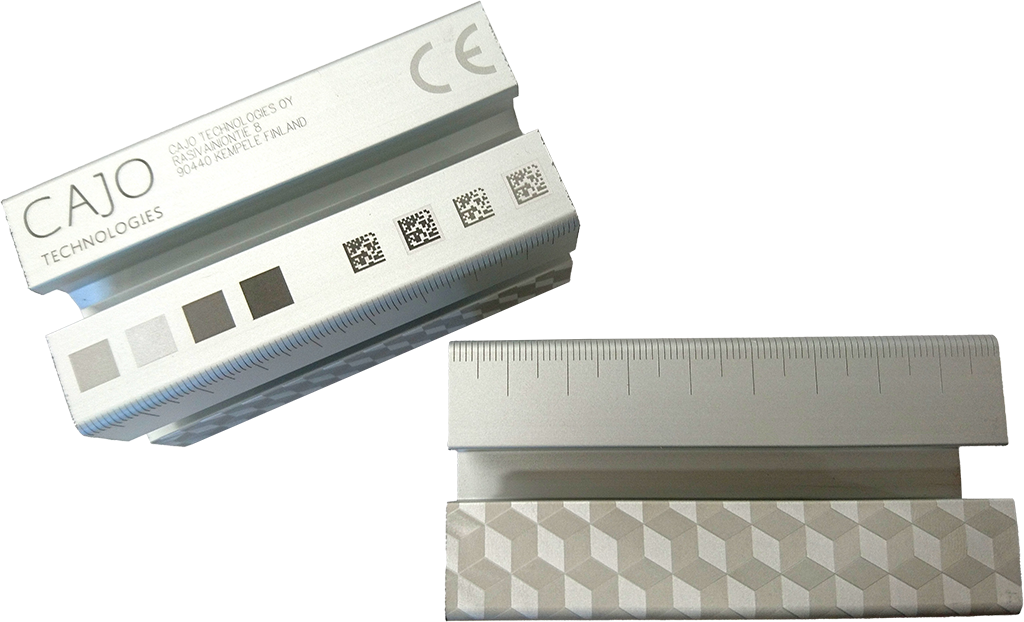 Get the most cost-effective and environmentally friendly product marking solutions for your needs with a Cajo Laser here.