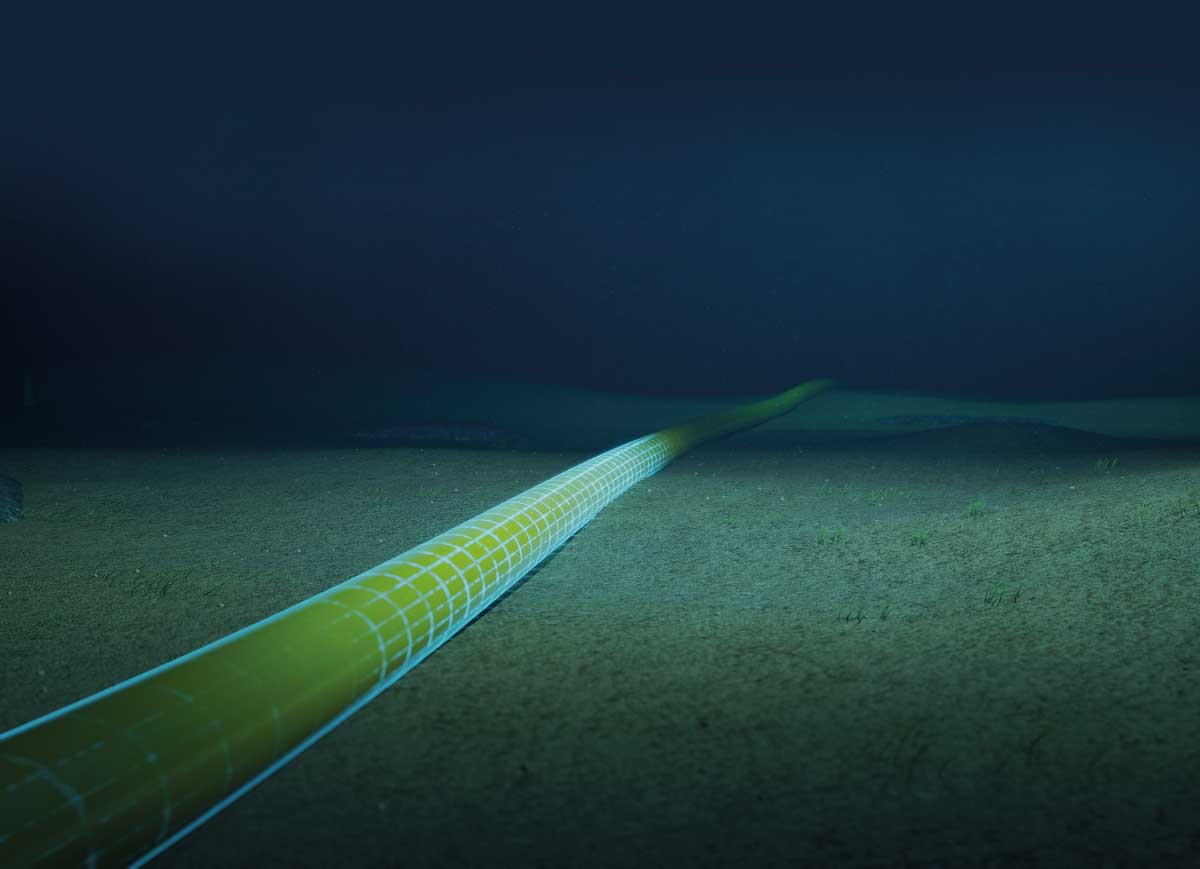 Aker Solutions has previously used a laser marking system with a single 100W laser source. However, the problem was that the marking was only on one side of the cable. It meant basically that when the cable rolled around at the seafloor, the marking became invisible. Cajo quickly responded to the customer’s need and designed a dedicated solution for marking tubes and cables enabling markings every 120 degrees around the cable.

Aker Solutions is a global provider of products, systems and services to the oil and gas industry. One of their main products is subsea umbilicals which are cables or hoses that link surface and seafloor oil and gas equipment for controls, power or heat. They provide electric and fiber-optic signals, electrical power and hydraulic and chemical injection fluids to the subsea unit. They can also power subsea boosting and compression, as well as provide flow-line heating to prevent the formation of wax and hydrates that could slow oil production.

Creating permanent markings with good contrast on a yellow polyethylene (PE) plastic has been somewhat challenging. Its surface is slippery, so inkjet printing is not durable and can rub away during handling. With inkjet, it is also not possible to produce markings from different angles for round objects like cables are.

At the production of the umbilical, the extrusion process casts the polyethylene to cover the bundle of cables. The subsea umbilicals are marked with a continuous line on three sides, with the name of the project, the length in meters, and different vertical lines that indicate different length measurements. One 24/7 continuous production batch can produce subsea umbilical with a length of more than 80 km (about 50 miles).

Previously Aker had been using a laser marking system with a single 100W laser source, but the problem was that the marking was rather faded and only on one side of the cable – if the cable rolled around at the seafloor, the marking was left invisible.

Cajo Technologies´ dedicated solution for tube and cable marking was integrated into Aker Solutions’ production line as a marking cell. It includes 3 units of lasers that enable markings every 120 degrees around the cable, hence the marking can be seen from any angle. The marking is also much better visible with better contrast than earlier.

The laser marking unit communicates with Aker´s Manufacturing Execution System (MES) and SCADA: the information for the markings, which can be different for every meter of the cable, is received from MES, and the functions of the marking cell can be controlled and monitored from SCADA. The solution is also flexible and downright easy to adjust for changes. Each laser can be controlled one at a time if needed.

Aker Solutions has calculated that the payback time for the investment of this marking cell is less than 2 years, for the increased production capacity.