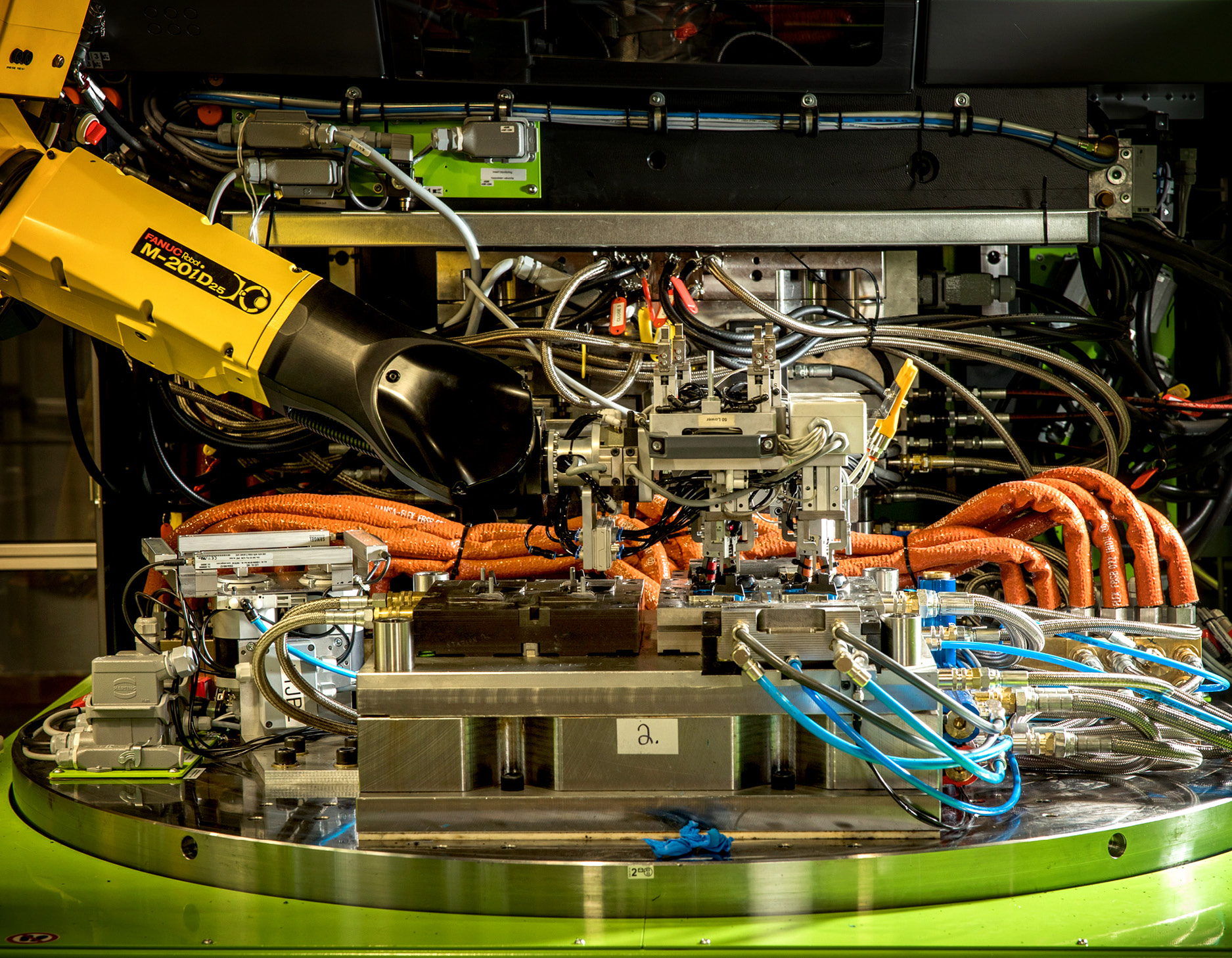 Ensto offers intelligent solutions for electricity distribution networks and buildings. Due to new projects, the volume of markings increased heavily, but at the same time they were having challenges with the existing marking systems. The integrable Cajo Tailor Advanced™ 20W Fiber laser was the perfect fit to meet Ensto´s marking requirements. It produces high quality markings and matches with the whole production cell´s cycle time.

Ensto Group designs and provides reliable and smart electrical solutions and expertise for electricity distribution networks and buildings. Ensto Group is an international technology company and a family business, established in 1958 headquartered in Porvoo, Finland. It is today an employer for about 1,350 passionate professionals in Europe, the USA and Asia. Ensto´s continuous improvement is based on sustainable, effective and efficient manufacturing.

Manufacturing of SLIW connectors was transferred from Estonia plant to Finland about 3 years ago. They were already using other laser marking device for product markings. However, after winning few new projects, volumes for markings increased significantly. The current laser marking provider had issues with providing a proper marking quality and in addition didn´t meet Ensto´s required process time for marking. This was the reason Ensto started to evaluate possible new marking device providers.

Cajo was one of the selected device manufacturers to make test samples. Key factors for evaluation were the speed of the marking process and the quality of markings. Cajo´s demonstration proofed Ensto a good quality of the markings and the capability of doing markings fast enough for Ensto´s process window.  ”Cajo´s strength were also a smooth communication, and the fact that the possible support is near. Operator´s can contact help desk directly through ticketing system without needing manager permission to do so.” says Mr. Tapani Ahonen, Development manager.

They final need for device investment was to update two existing marking cells. Chosen marking solutions were integrable Cajo Tailor Advanced™ 20W fiber lasers. Lasers were integrated to an automated cell that has also five robots. The integration itself went smoothly, but few issues appeared in the interface between laser and robotics, what caused obvious breaks to Ensto´s production. After investigations, the problem was found and Cajo responded by updating the software via remote control, what solved the issue and production could get started.

”After beginnings slight hickups Cajo lasers have proofed us better marking quality and faster markings than previous laser marking equipment. ” states Mr. Ahonen, who seems happy with the fact that now the chosen marking devices are keeping up with the whole production cell´s pace time.